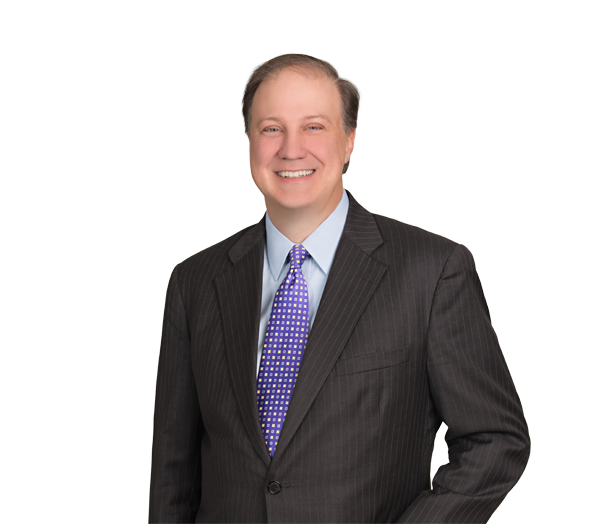 Allen Robertson has served as the firm's managing partner since 2015. In 2020 he was re-elected to serve a second five-year term.

Allen has maintained an active practice while leading the firm. He is recognized as a public finance lawyer of regional and national distinction. He is one of only two North Carolina bond lawyers to have served as president of the National Association of Bond Lawyers since its founding in 1979.

Over the last 25 years, Allen has become particularly known for his work with nonprofit health care providers, including leading health systems, community hospitals and senior living facilities. He has extensive experience in North Carolina Medical Care Commission bond financings, having served as bond counsel for more than 100 bond issues in excess of $5.7 billion, including approximately $1.5 billion in tax-exempt bond financings for Duke University Health System, Inc. In addition, he has served as bond counsel in tax-exempt financings totaling approximately $2 billion for The Charlotte-Mecklenburg Hospital Authority d/b/a Atrium Health. Allen also has substantial experience in financings for nonprofit educational institutions, having served as bond counsel for more than $4.9 billion in financings for Duke University.

Allen represents banks and broker-dealers in underwriting, placing and remarketing securities, making corporate loans, and providing letters of credit and liquidity facilities. He has extensive experience in the senior living industry, serving as general counsel for nonprofit and for-profit providers and representing buyers and sellers in merger and acquisition transactions. For example, in 2014 Allen represented the seller of eight retirement communities in North Carolina, South Carolina, Georgia and Florida for $476 million.

He began his career at Robinson Bradshaw as a bankruptcy lawyer and litigator representing debtors and creditors in Chapter 11 cases, and continues to provide bankruptcy structuring advice and opinions in transactions and workouts.